Producing music on the go has nowadays become a more common thing than ever thanks to the technological innovations and professional gears available to almost everyone, and a plenty of audio technology companies on the rise. Amidst all these came Roli, which sort of revolutionised the way we play keyboard. Its Seaboard series borrowed the traditional keyboard design and infused it with some of the cool tricks and modulation effects that are more commonly known to a violinist or a guitarist.

Known for their intuitive modular design, Roli hit the market very hard with Seaboard and Blocks, and now, the company is once again making noise on the internet with their new kickstarter project Lumi.

Lumi Keys is a portable keyboard coupled with an iPad application (Lumi App) to make your music learning more engaging and accurate. As the name reflects, it comes with keys that illuminate, showing music learners which key to play along with indications of the possible chords and patterns. However, this does not just end with the learning part. The company calls Lumi one of the most advanced portable keyboard made until now. In contrast to the Seaboard, the Lumi Keys is more of a traditional keyboard with almost regular sized keys, spread over two octaves. While this may sound quite limiting, it’s magnetic connectors enable musicians to snap in couple of them, and voila, there is a Grand Piano! Music producers can even connect this Lumi Keys to the Seaboard Block, Lightpad Block, any many others in the Roli Blocks system.

After all the hype generated by the company to promote Lumi Keys, I should say, it still falls under a regular keyboard category unlike the company’s flagship device Seaboard, and the app works pretty much on the terms of Guitar Hero. But for a music producer, Lumi is a high-performance MIDI controller that’s more versatile and compact than any other competitor in its size. It also comes with a Roli Studio Player software offering some smart features like lighting up notes in a chord thus helping producers build chord progressions in no time, and predicting notes of the scale based on the pattern being played thus easing out musical compositions.

Roli Lumi Keys is currently listed on kickstarter for a very reasonable price tag, and though the target is a music novice, it’s modular technology, capability to sync in well with Blocks, and it’s compact size definitely makes it a great companion for on-the-go music producers.

You can check out the kickstarter project here.

I am a content creator and a music composer / producer with over 8 songs to my credit. I am one of the creative brains behind #audiosootra and my record label #phalmusic. I, along with my wife, also manage the instagram handle #pawsomebrats for our three lovely cats! View all posts by Phalgunn Maharishi

This site uses Akismet to reduce spam. Learn how your comment data is processed.

Do You Love Writing? 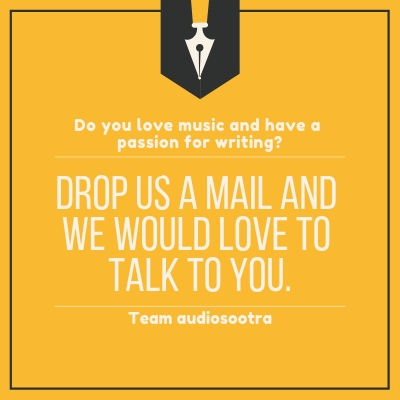