Dr. Mysore Manjunath: Violin Has Become An Extension Of My Own Self

Violin is an instrument known for its rich sound and its ability to be used in almost all forms or genres of music. It has the flexibility to fit generously into Indian Classical, European Classical, and even HipHop, EDM, Rock – you name it!

I recently had an opportunity to talk with the violin maestro, Dr. Mysore Manjunath, a stalwart known for his world tours and fusion works with violin. During our conversation which lasted for almost an hour, he was kind enough to answer the ten questions I had for him about his music and life.

1. When you perform outside India, how do people over there resonate with the Indian Classical Music?

After performing extensively in over 40 countries until now, I haven’t witnessed a single Indian in those concerts apart from few places like the USA and the UK. I have seen people from other countries, especially the Europeans, resonate a lot with the Indian Classical Music. Even though they may not understand the grammar of Carnatic or Hindustani Music, they shower a huge amount of respect for the sheer richness our classical music has in it. And ultimately, I play violin which is their own instrument, and my concerts do not have any vocals or lyrics; it is just music that they come to listen and enjoy. Along with this, I have developed a nature of explaining before-hand what I would be performing and a few background information on that, and then perform so that they can understand the music much better and enjoy the concert.

2. Which was your first Carnatic concert outside India? When?

My first ever overseas concert was in the year 1992 when I performed in the USA. I had the great privilege of performing alongside Palghat Raghu, one of the most intellectual and renowned Mridangists I have ever seen.

3. Which is your favorite raga? Why?

As a musician, it is not very easy to specify one favorite raga. But, if you really insist, I think you can definitely consider Bhagyashree as one in the list. You tend to develop liking towards a few ragas, may be due to their unique combinations and capabilities of touching your heart directly. This could be one of the reason why I like Bhagyashree along with Hamir Kalyani, Sindhu Bhairavi, Malkauns, and Hindola among a few others.

4. If given a chance, which one memorable moment from your music career, would you love to relive?

I have a lot of such incredible moments in my life which I would love to relive again and again. I have been the first ever Carnatic musician to perform at the Sydney Opera House, Royal Palace of Milan, etc. So, I would definitely love to relive those moments performing at such prestigious places. However, more than anything else, sometimes I feel, if I had the power to go back in time, I would love to go back to those early days in life when my father used to teach music to me.

5. There are thousands of ragas in the classical music scenario. How do you remember all of them?

Well, more than just remembering ragas, you have to start thinking and feeling music with an artistic heart, giving a unique personality to each of them. When you completely dive into music, you develop a special relationship with the ragas. The same is the case with me. After playing for almost a large part of my life now, violin is no more an instrument. It has become an extension of my own self. The feel is instantaneous. It just happens, and the violin starts speaking!

As I mentioned earlier, Violin is their own (European) instrument, and thus, since I tour a lot across the European countries giving demonstrations and conducting workshops in universities over there, I saw it as a very important step to learn the western classical styles of playing. This helped me to explore more and understand the differences between Indian Classical Music and Western Classical Music right from the grammar, playing postures, style, and even the tuning systems.

7. Who is your favorite music composer? Why?

While I have huge respects towards Carnatic music composers like Tyagaraja, I would like to call Jean Sibelius and Beethoven as my favorite ones, because when it comes to violin and music, I personally feel that these masterminds have created some wonderful compositions. There are days when I have literally gone mad looking at their compositions and trying to decode how they did it.

8. What are the tips you would like to give to the upcoming musicians?

I have come across many accomplished engineers and doctors who, even after getting everything in life, still feel they couldn’t really live it; they feel bad because they couldn’t pursue music or any form of art when they had a chance to. So, I feel that the thought you get in mind to learn music is in itself a big thing. When you get such thoughts, just go and learn. You will get nothing but happiness. I would suggest never to deprive from the interest of diving deep. You should constantly stick to a schedule, and keep experimenting and exploring.

When I’m in Mysore, my home, my days usually begin with a brisk walk and after that, violin practice for about 2 hours in the early morning. Since I am also associated with the University of Mysore, most of my later hours of the days are spent meeting students who pursue higher education in music, and evenings are spent in meetings with a couple of cultural organizations I am a part of.

But, when I am traveling, everything is chaos! I am almost occupied for 24 hours – press meets, practice sessions, rehearsals, concerts, meetings, and even fan interactions – all related to music, luckily!

10. What are your thoughts on the current music scenario?

The current music scenario seems to be a little confusing sometimes, at least, many people have felt so. With the advent of social media, we can see even a silly video getting millions of views and shares. Even the audience are nowadays consuming content that is entertaining and which refreshes their mind rather than videos that are informative. Everything has become a game of TRPs, likes, shares, and followings. With all these things happening, I feel we are losing the quality, we are being redirected to wrong directions as the current generation is being instilled that even a donkey bray can be called music. But, if you ask me, this wouldn’t last long! 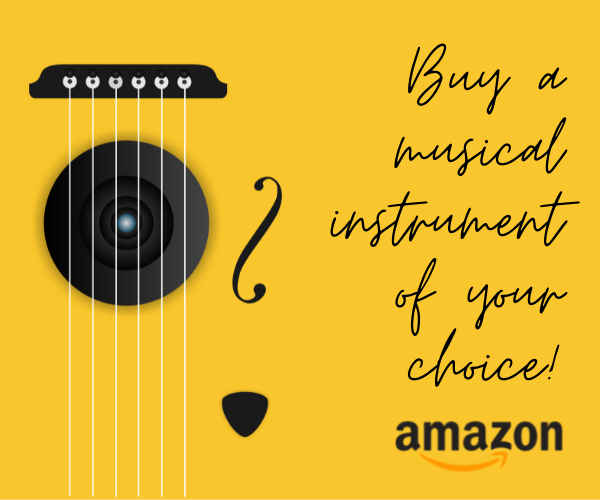 Ed Eagle: NAS Will Always Be 100% Free For Indie Artists

Yuko Matoba: The Amazing Sound Texture Of Veena Is My Inspiration

Keith Wong: We Continue Pushing The Envelope Of Portable Sound